My skull is bigger then your skull 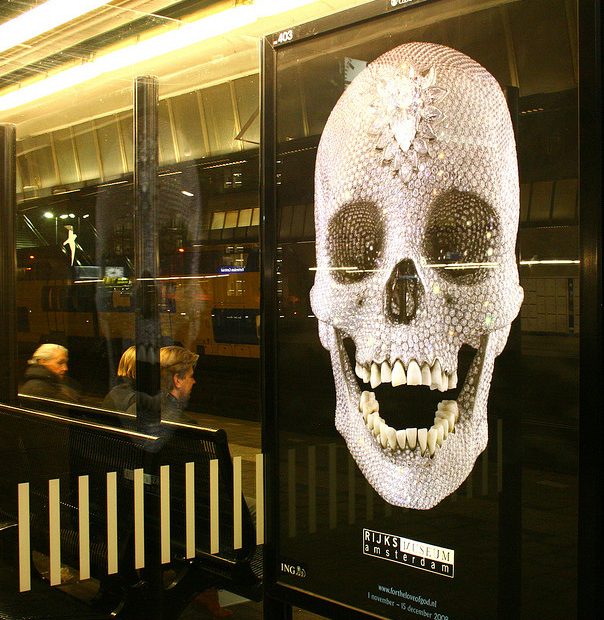 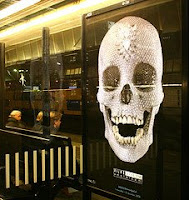 Last week the whole of Amsterdam was plastered with the image of Damien Hirst’s skull. The Rijksmuseum lets the whole Dutch world know that they have this precious object on display. The most expensive artwork in the world is in Amsterdam: “come and see it now!”. (It can be debated if it really the most expensive work of object…he bought the piece from himself). It is certainly an object worth discussing. And a lot of people are responding to it. Some positive some negative.

At the Tropenmuseum we had a discussion within our marketing staff if we should react in on the hype that is being created. In a previous post I explained that we have our own skull too. Furthermore the new vodou exhibition that opened a week ago contains so many skulls that we have lost count. Responses we considered were:

“Don’t believe the hype, our skulls are bigger and better”

The list with funny and less funny responses can go on and on. We decided not to pursue any of these responses because it would distract of the main story we were selling last week: our new Vodou exhibition. Also I personally think it is sign of weakness to ride along with someone else’s hype. Responding on the hype Rijksmuseum is creating is a defensive move. And the best defense is offense even in museum communications. The van Gogh museum clearly has another opinion. In the week the exhibition opened at the Rijksmuseum, they responded with the ad below. 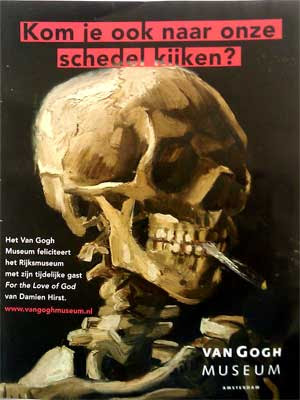 It states in Dutch: “Come and see our Skull too”, “The van Gogh Museum, congratulates the Rijksmuseum with their temporary guest for the love of God by Damien Hirst”.

What does the van Gogh Museum want with this ad? Is it Humor? Is it riding a long with the hype? or are they cynical about the hype? Probably all three a bit. The cynical part is in the words “temporary guest”. They could have used the word ‘exhibition’ or just skip the words. I am not going to Analyze it any further. But I would have spend my marketing euro’s on something I want to tell, I don’t want to tell the story of another organization.