How we made a sunny outdoor campaign

In 2006 the Tropenmuseum decided to change their summer offerings. We always experienced a slowdown in number of visitors attending our museum. Our main yearly exhibition was already standing for 6 months when the summer came and all the Dutch went out on a holiday. We decided to make a special summer program starting in May. With performing arts in our museum in the months May/June. In July/August we focused especially on children with ages between 4-12 years old and in September we organized special events to reach out to certain niches.

The special children activities in the summer were an instant success. In the Netherlands children of primary schools get 6 weeks off. So as a parent you go on a three week holiday with your kids and the other 3 weeks you thrive away boredom with doing some occasional fun stuff…like visiting a museum. And what helps is that we can have very rainy summers in Amsterdam.

How did we start with the campaign for 2008? We copied and pasted our original 2006/2007 creative briefing changed some sentences and we set of to work. First of al our target group is children between 4-12 years old, but the design should first appeal to the parents (especially the mothers) and then to children. Research I have read shows that most of the time mothers make the decision to go to museum with her children. Furthermore the design should have a child in it having fun. The theme of this year’s summer event was the Peruvian Sun Festival (Inti Raymi). The Inti Raymi (“Festival of the Sun”) was a religious ceremony of the Inca Empire in honor of the god Inti. The activities for children contain workshops making an Inca crown or pendant, a special quest, sitting on the Inca thrown and singing along with an Inca song.

The producer of this event had made a special deal with a photographer (Hans Hendriksen) whose pictures we could use for this event. So we started to look in his collection to sort out a special picture for the outdoor design. There were several pictures of children but we found it hard to make a choice. Which picture has the most emotional appeal? Which picture shows that this event is fun for the children? 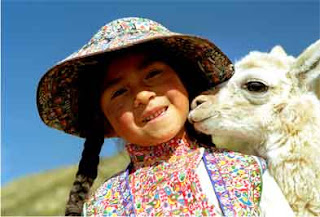 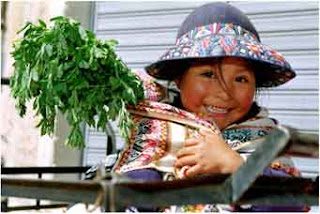 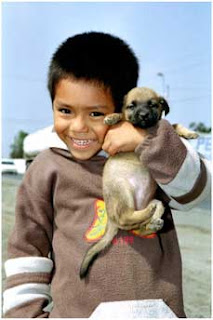 From the three pictures we chose the child with the lama. The designing process went through several stages. Below you will find a design halfway through the process and the final design. 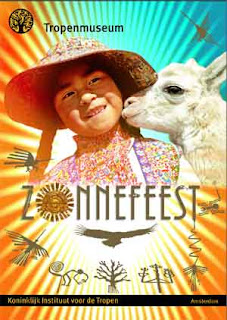 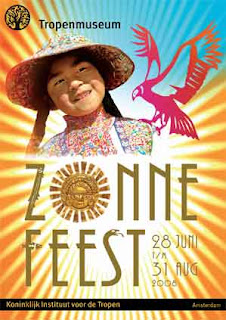 There are three big differences. First of all the symbols were removed to make the design more calm/simple. Secondly we changed the placing and size of characters. Finally we took out the Llama. The reason was that people maybe could expect to see (stuffed) animals at the Sun Festival. But I am still in doubt if it was a good choice.

How does the end result hold up against my outdoor advertising criteria in my previous post. I will rate on a scale of 1 to 5. Where 5 means “this is how it is mend to be” and a rating of 1 you get for the effort.

1.Is the message clear? There is a sunny Peruvian activity in the Tropenmuseum. If I would have to rate I would give it: 4 out of 5.
2.The bike test. I made some pictures (below) to show if it passed the bike test. The characters are fairly good to read, the logo of the Tropenmuseum is a bit small/vague. But I think it is ok. Rating 3 out of 5 stars.
3.Does it appeal to target group? I only can say that a lot of children with their parents are visiting our museum. So probably yes. Rating 4 out of 5.
4.Does it look nice? I think it looks very sunny and joyful. Rating 4 out of 5.
5.Does the message match the content? No not really. While running this campaign we found out that some people thought it was an exhibition. So the message does not match the content. Rating 2 out of 5. 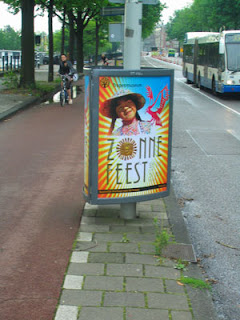 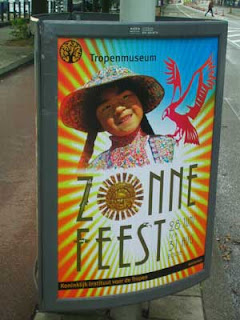 I am totally aware that I am rating our own campaign. But I try to be as honest as possible about our own efforts. And if you have an other opinion you can always comment.